Renowned American professional skateboarder Anthony Van Engelen has partnered up with Vans in order to release a signature collection of footwear and apparel pieces. The footwear offering is a special AV Rapidweld Pro model, which boasts a stitchless Rapidweld shell as well as a welded DURACAP reinforcement on the upper. It also comes with a LUXLINER inner glove and a PRO VULC outsole by Vans, both of which contribute to its lightness and durability. 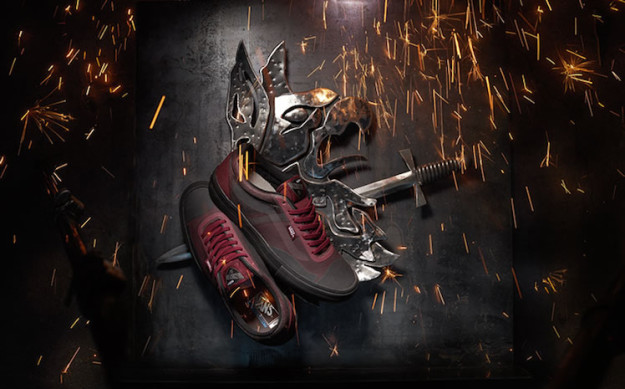 As for the apparel selection, the AV Holser windbreaker immediately stands out, and that’s because it features a water-resistant microporus coating as well as underarm vents and taped seams. A pair of walk shorts, white denim pants and several tops are also a part of this signature collection.