The custom Nike Air Force 1 Highs that you’re admiring right now are called “Street Sweeper”, and they were created entirely by hand in New York City by BEENTRILL co-founder Heron Preston. What makes these shoes stand out when compared to their standard counterparts is the fact that they lack the renowned Nike Swoosh and instead boast a sublime vintage Gucci material.

This material was shaped to resemble the iconic BAPE motif, and the shoes also feature custom Heron Preston branding on their insoles for a plus of exclusivity. They are presented in a hand-painted box, and they give off a sense of sportiness and elegance. 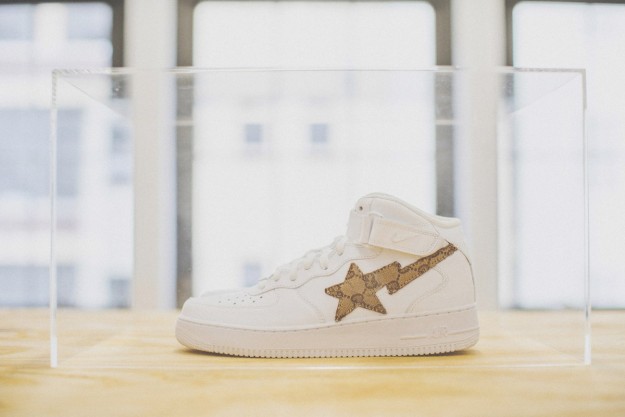 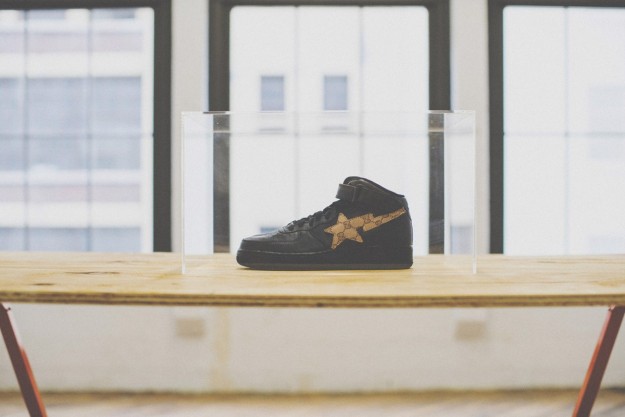 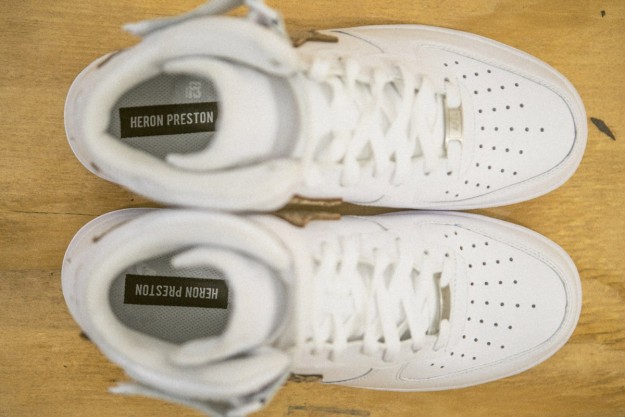 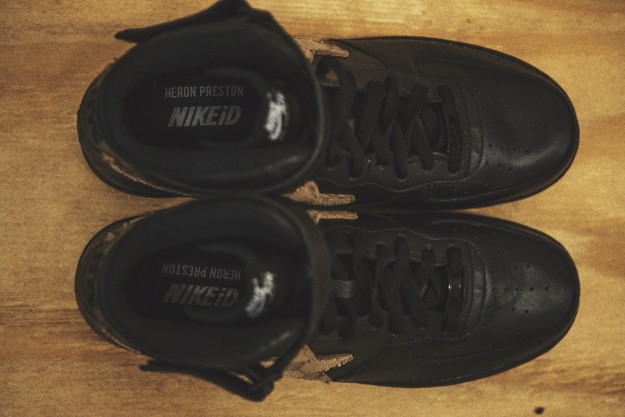