Available in an eye-catching Green/Navy colorway, these Skechers running shoes for men were dubbed Gorun 4, and they represent the next generation of transitional running shoes from Skechers. They incorporate a series of new performance technologies that offer adequate impact protection and cushioning while promoting a midfoot strike. It’s no wonder that these kicks won the Runner’s World Editor’s Choice Award. 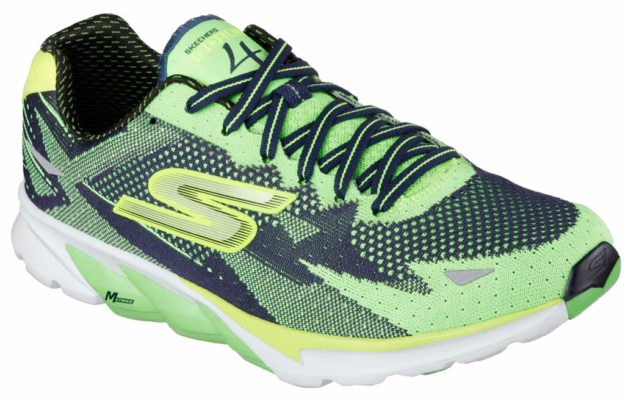 The construction is based on a flat knit upper that provides lightness and a seamless fit, and we should also mention the knit-in design and smooth fabric lining. As for the technologies that we mentioned above, they include a Resalyte Power Pillar for a soft and responsive ride, a Resalyte Midsole, M-Strike tech for improved midfoot strike and GOimpulse Sensors, which offer a plus of flexibility and feedback.