Boasting one of the most daring designs ever introduced in a football cleat, the Adidas Ace 2016 Primeknit are set to replace the 2015 Adidas Ace Primeknit Footy Boots that are currently worn by the likes of Mesut Ozil, Ivan Rakitic and Manuel Neuer. 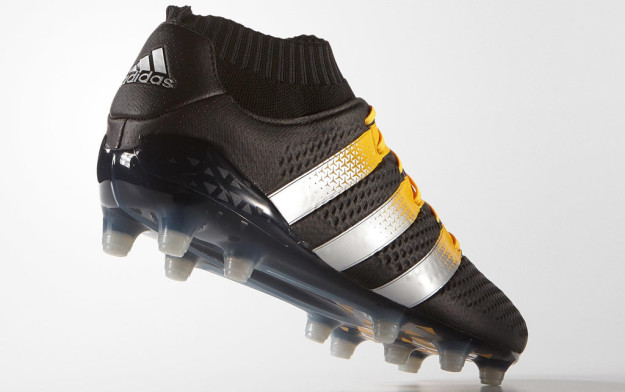 The cleats come in a black/silver/yellow colorway, with black being the most predominant color. They also feature 3 Stripes on their sides, which face from Solar Gold at the laces to silver at the bottom. As far as the included sock is concerned, it is complemented by a high sockliner and is made out of a techfit material. The collar of the shoe impresses with a Solar Gold trim around its top, which goes nicely with the laces and the fading yellow seen on the stripes. Adidas has designed the tongue to provide a comfortable fit and lockdown thanks to a compression system based on Lycra yarns.

As their name suggests, these kicks feature something called Primeknit – a high-end material that ensures much-needed stability and protection. The outsole has received quite a few changes when compared to previous version, and it is now able to work perfectly on artificial grass and firm ground alike. This was achieved by implementing a second layer of studs and ten conical spikes. 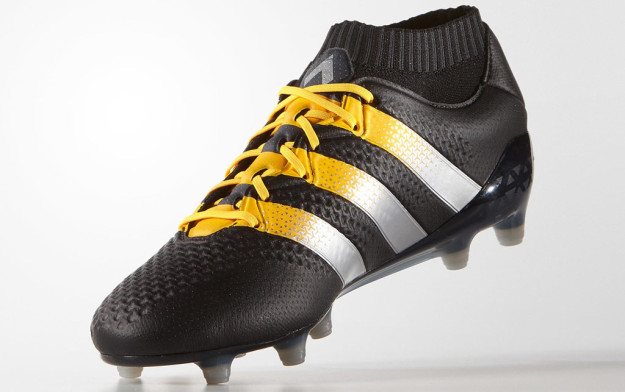