Several world-class players in the Champions League and English Premier League have described this soccer headguard by Storelli as “the most protective,” and we’re here to tell you what caused them to form this opinion. The Exoshield HeadGuard was designed primarily to ensure protection against impact to the head while minimizing the incidence of cuts and bruises on the covered areas. 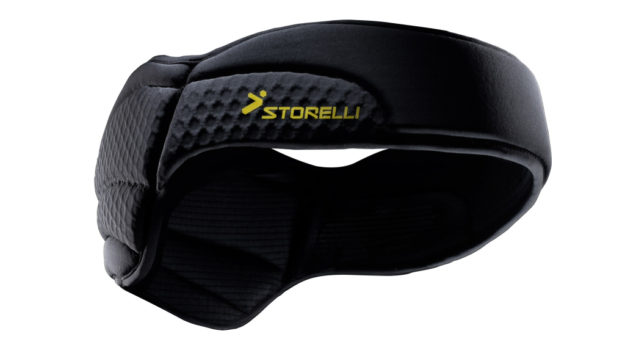 Some of the headguard’s main features include a lightweight build of only 8 ounces, as well as 9mm of viscoelastic protective foams that are usually used in combat-grade military helmets. Moreover, the sleek design doesn’t remind us of a traditional helmet look, which is always a good plus.

That being said, it’s worth noting that even though several tests have proven that this product reduces the force of impact to the areas that it covers, it doesn’t necessarily prevent concussions that could result from direct impact to the head.